Be The Human Highlight Reel 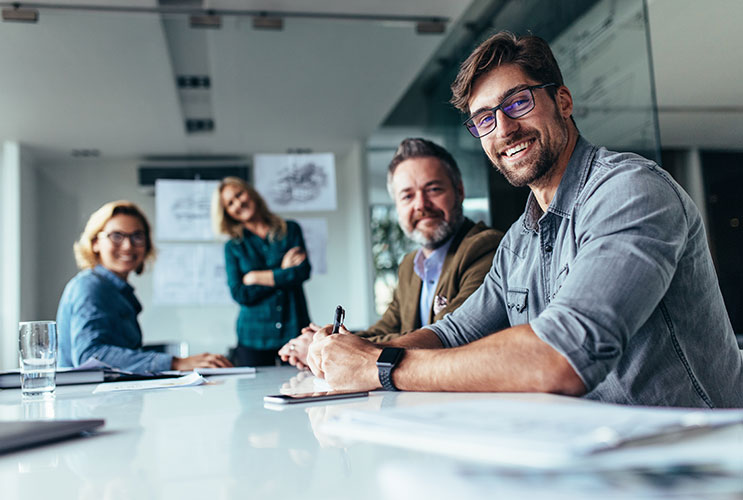 One day on the way to a meeting, I was in a funk. Although I can’t remember the specifics, I had encountered some incredibly bad hurdles that morning. These were huge hardships, like, you know, my daughter ate the last Brown Sugar Cinnamon Pop Tart, or my coffee was lukewarm, and some jerk in front of me on the way to work insisted on going the speed limit. I was in a foul mood.

Bill, my partner AKA my dad, was driving us to the meeting when we were going to present the creative for a new product our longtime client was going to bring to the market.

As we pulled into the client’s parking lot, Bill stopped before he parked. As usual in those days, we were down to the last minute. I hate being late – it’s a sign of disrespect. I looked up from my layouts and said, “Hey, we gotta move. The meeting’s in two minutes.”

He continued not moving.

While letting out a dramatic sigh, I started unbuckling my seat belt and said, “I don’t know what your deal is today, but I’ve had a terrible morning and the last thing I’m going to do is be late for this f’n meeting.”

Bill gently put his hand on my shoulder and said, “It doesn’t matter how your day has gone, whether it’s been good or bad. It doesn’t matter if the Packers lost, you had an argument with your wife, or if it’s pouring rain outside and you just stepped in a puddle. None of that matters… to our client. What you need to realize is that our client has his/her own problems at home. They have other responsibilities at work. Their day is full of budget overruns, HR headaches and internal meetings. We have no concept of how difficult their day has been before we meet or how hard it will be after we leave.”

“We are the highlight of their day. It’s showtime. We’re the creative guys who are here to help her/him solve a problem. We’re not only a relief in their day – we’re the fun part. They get to be presented with creative thinking and smart, strategic-based solutions. We’re an escape.”

Then he took his hand off my shoulder, shifted the car into drive and pulled into a parking spot. As he unbuckled his seatbelt and repeated, “We’re the highlight of their day. Act like it… and don’t forget it.

In the many years since, I think of this conversation every time I am lucky enough to enter a meeting with a client. We can be the difference-maker in our client’s day. It’s not a heavy responsibility or a burden… it’s a blast. It’s also good business. Be your own highlight today.

It’s all perspective, and we don’t have to limit this philosophy to presenting to a client. Bring it back to the agency. Your employees and team of freelancers are your significant sisters and brothers. In this era of the empowered employee, your culture counts more than ever. Your team matters… a lot.  Let them know that you know, you know?